“Regard-Mixed” is the discovery of the world of a generation of composers that the concern of cross-cultural integration of contemporary musical legacy approaches. Between parts of Juan Arroyo, Frédéric Durieux, Keita Matsumiya and Vincent Trollet, interleave is short sketches, written by composers who have been selected by the reading committee MIXTUR Festival (Oren Boneh, Manolis Ekmektsoglou Sergio Núñez Meneses, Fernando Rosales Sandoval).

Concert information. French premier of my pieces « Silence, instant, récurrence » for piano and « La glace s’étoile, s’enchaine » for flute and electronics at the Paris Conservatoire Salon Vinteuil February 5, 2016. The Colloquium will be held in the morning at 10 am in the same room. Please Come to see !!!

At the opening of the Meiji era in the late nineteenth century, the training of Japanese musicians was subjected to cultural and political constraints in Western countries. Given a choice between European education, dominated by French and German schools, or teaching influenced by the US, the Japanese musician has sometimes been formed at the peril of their own cultural identity. However, Japanese artists seem to have preserved the ontology of their music while having assimilated some features of Western cultures. Conversely, early in the twentieth century European musicians found in Japanese culture sources of inspiration that could regenerate a musical discourse that seemed to wither between dogmatic struggles and exhaustion of their society. The relationships between Japanese musicians and France in this context are the focus of these first days of studies.
A second conference will be held at the Kunitachi College of Music, on May 2017.

Concert information of Japanese premier of my piece, Deviation for baritone saxophone and guitar in Megro Persimmon Hall in Tokyo 2015 December 21th. Haruka Inoue who created this piece in France at the Concert Hyper Regards in 2015 June in Paris and the young guitarist Tsunehito Tsuchihashi will play this piece at the first concert of Camerata Stravaganza, the chamber music group of young generation. Please Come to see the program of duo pieces !

This concert is supported by the Franco-Japanese Association of Contemporary Music.
There is an interview to Takahiro Uchiyama, founder-flautist Camerata Stravaganza on the association’s website. 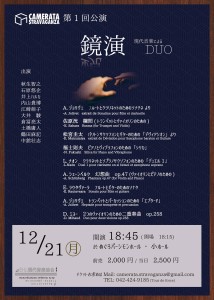 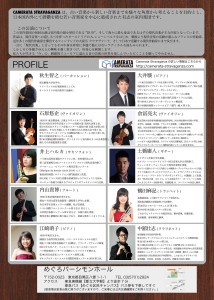 I responded to an interview of “Japanese Society for Electronic Music” about my recent activities. Maxime Desert will play my piece Caprice for viola and electronics with his instrument TANAviola (hybrid viola) at the Ars Musica 2015 in Brussels on November 10th.

I had a chance to compose a series of electroacoustic music for stage at the spectacle of “ASURA” directed by Naomi Muku in Butoh dance company, Dairakudakan at Kochu-ten. The dancers continued to develop and refine the organization of all scenes under the direction of Muku and supervising of Akaji Maro until the first performance day, and I tried to rearrange the music following the stage production, and the result has become a very satisfactory execution. Every ten days of shows are complete crowd of spectators, and I am pleased to have developed my musical ideas for stage working with such a wonderful group of dancers. Thank you!

I got a mention, the third rank without the first, at the Destellos Composition Competition 2015 in the category “electroacoustic mixed” with my piece, Soliton for chamber orchestra and electronics.
This is the work which I feel inadequate at present, but I am happy to have an appreciation for this compilation of the end of study at the composition class of Paris Conservatoire and thanks a lot for the organizer Elsa Justel and for the jury Pete Stollery, Panayiotis Kokoras, Ingrid Drese, Jens Hedman and Mario Mary. 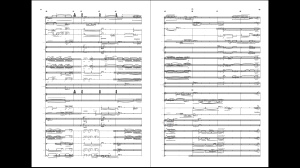 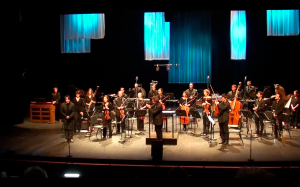 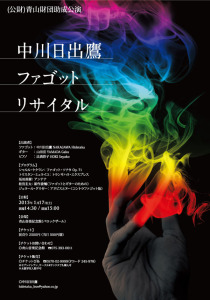 Concert with the support of Aoyama Foundation
Recital of Hidetaka Nakagawa

At the church “Eglise de la Billette” in Paris, the concert “La porte ouverte” organized by Ensemble Regards and musique et poésie, an attempt of collaborations between composers and poets had finished on September 2Oth. I had premiere of my pieces for sound installation made from voice’s materials of reading poems, and from the same source, for electroacoustic version in the concert of soirée. 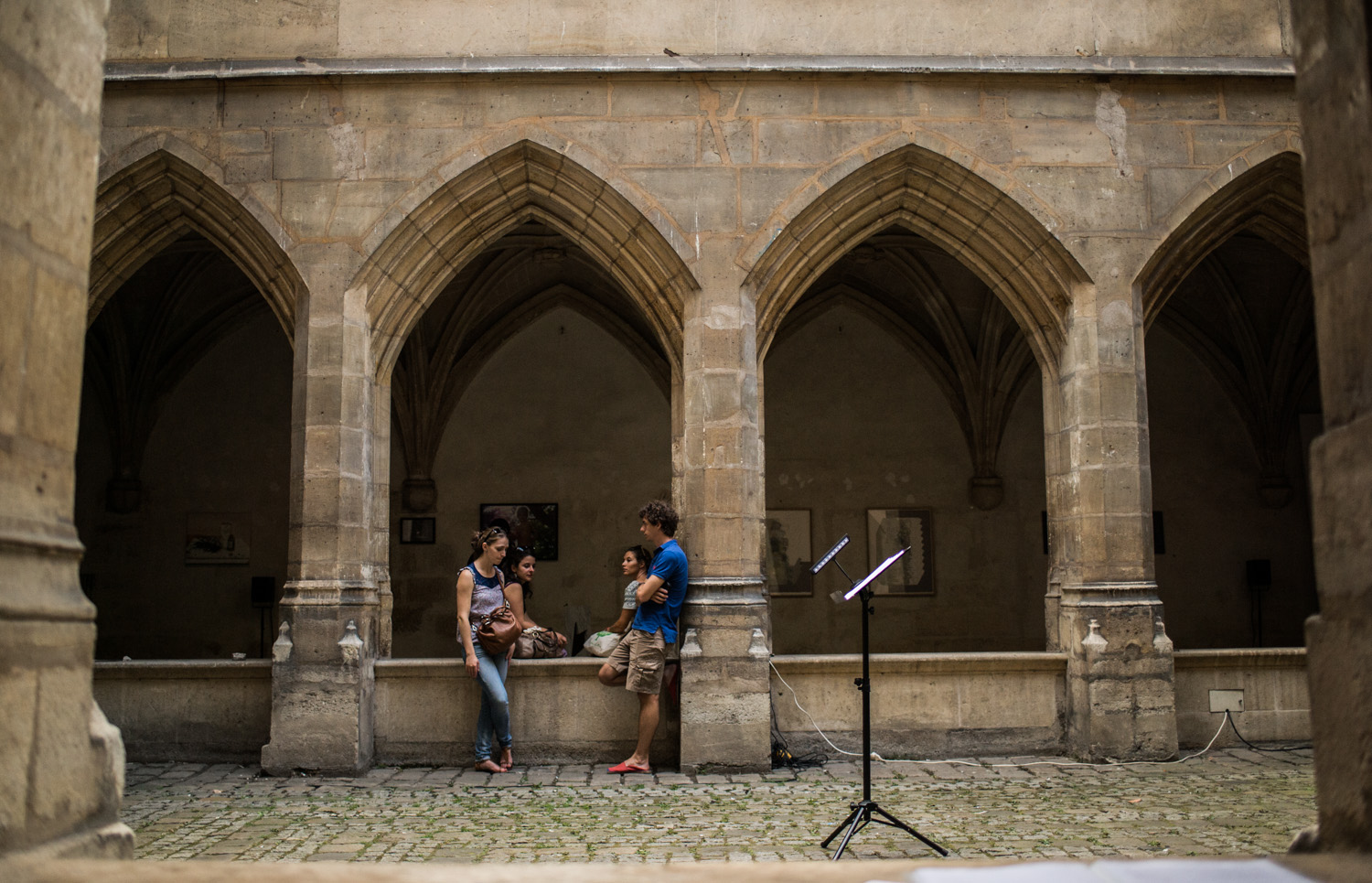 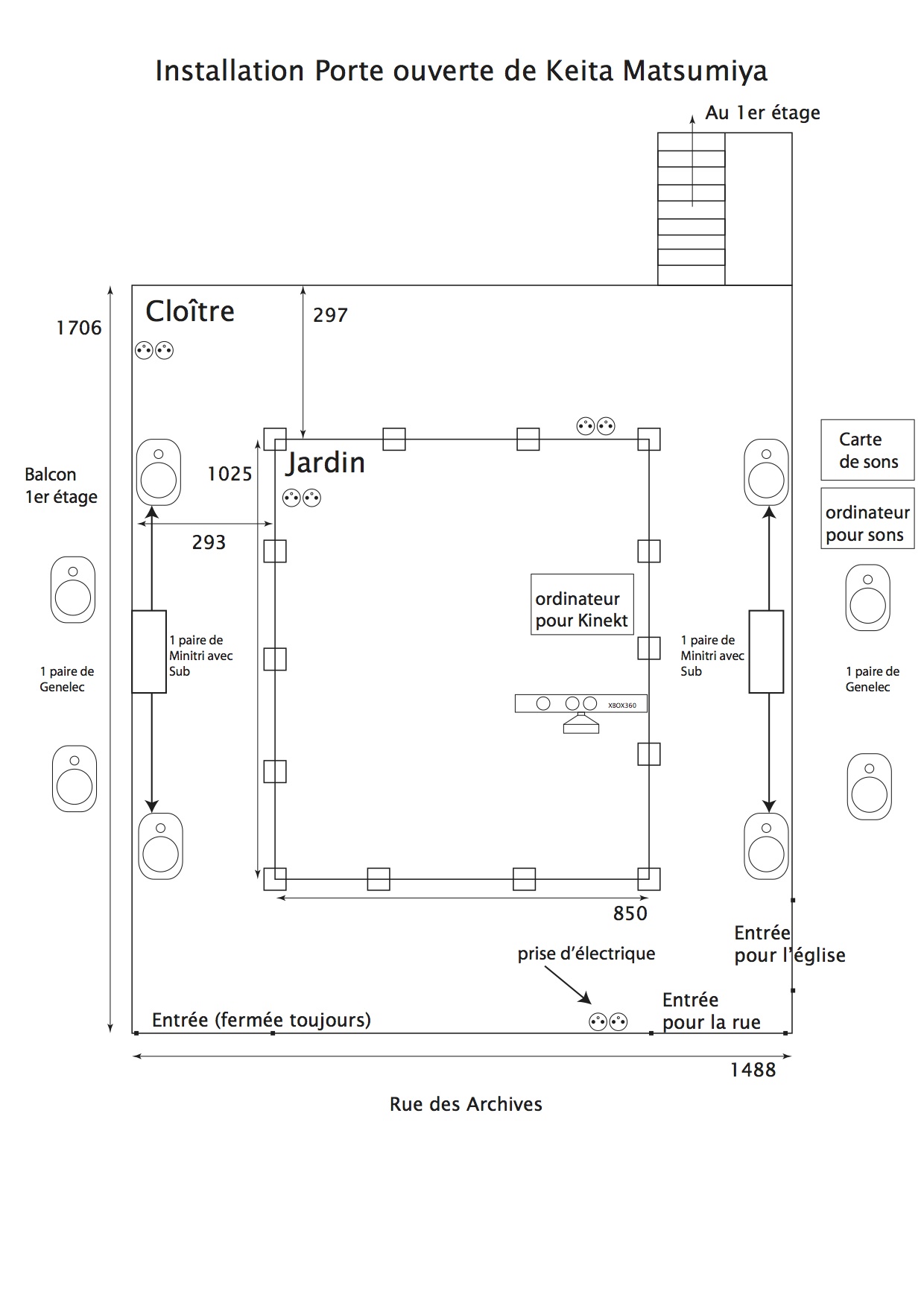 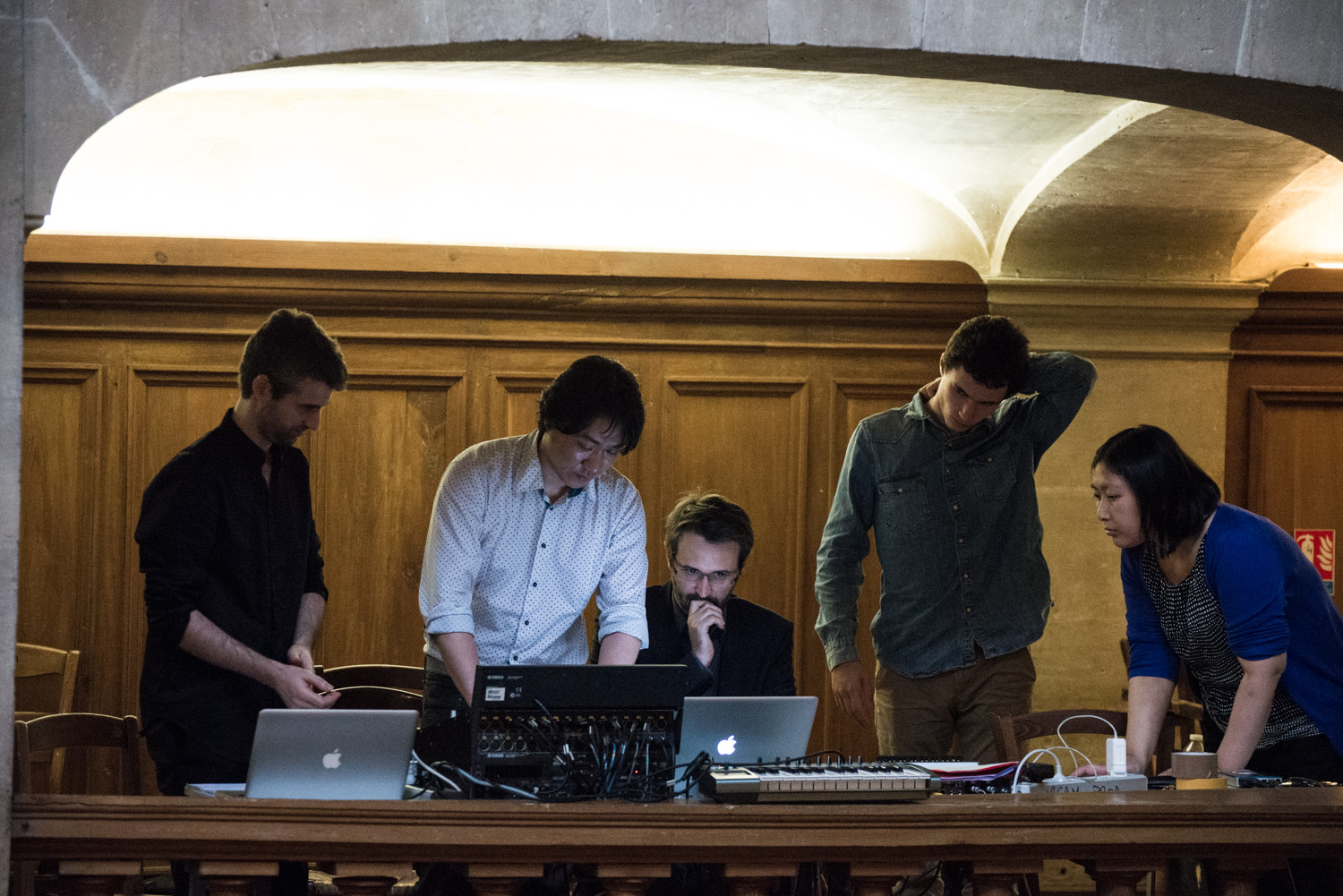 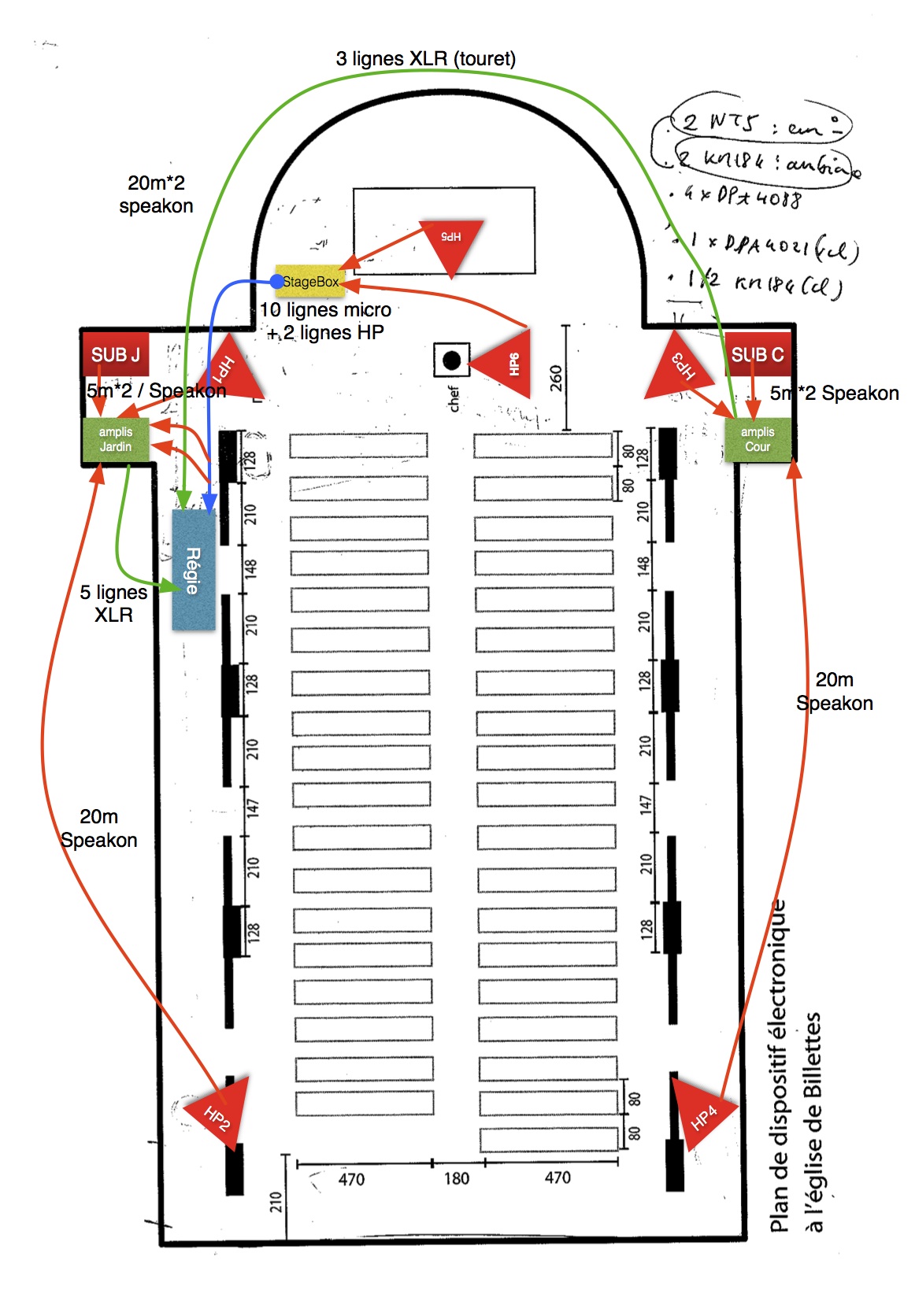 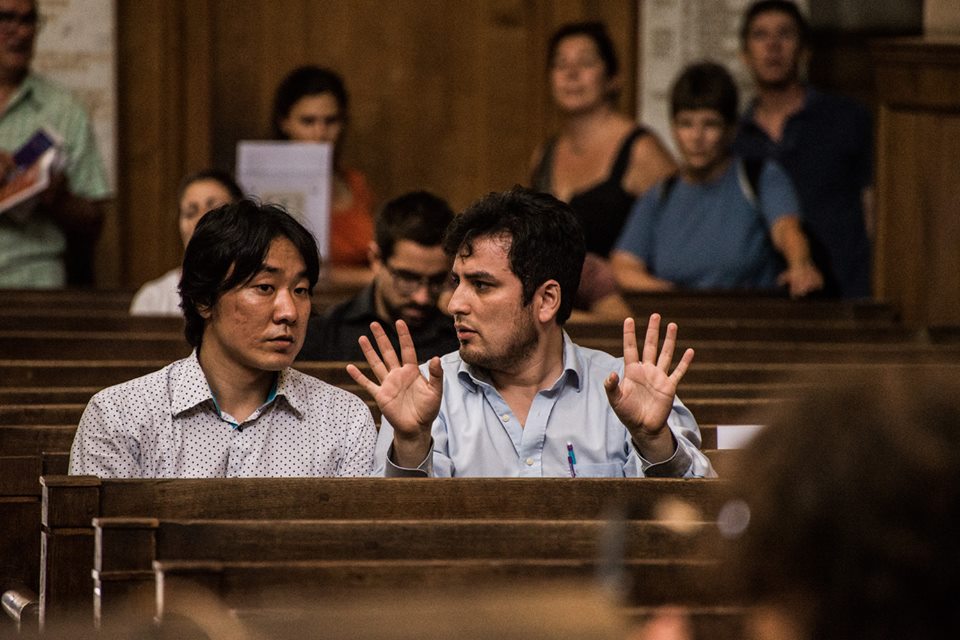 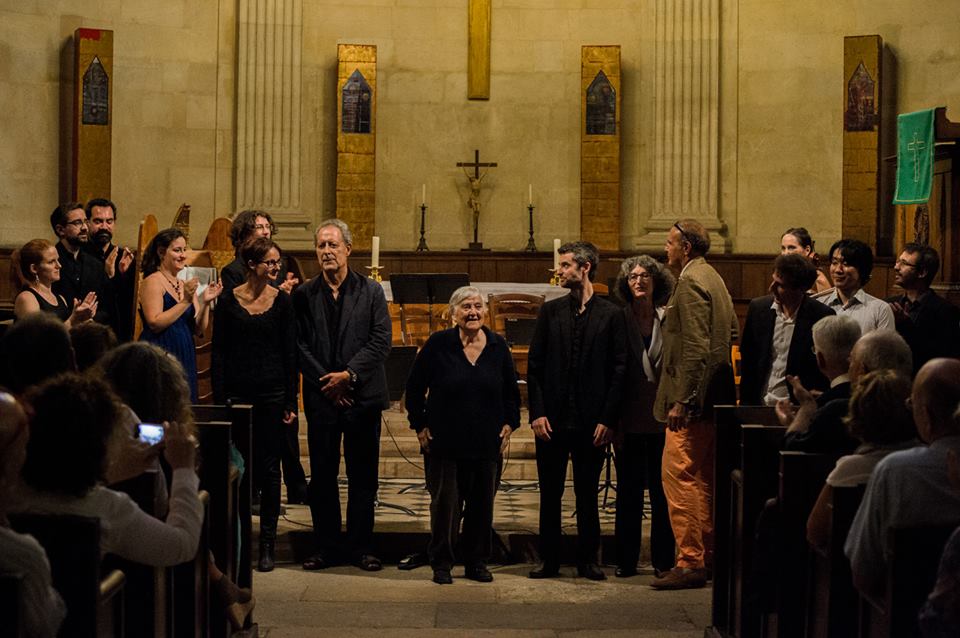 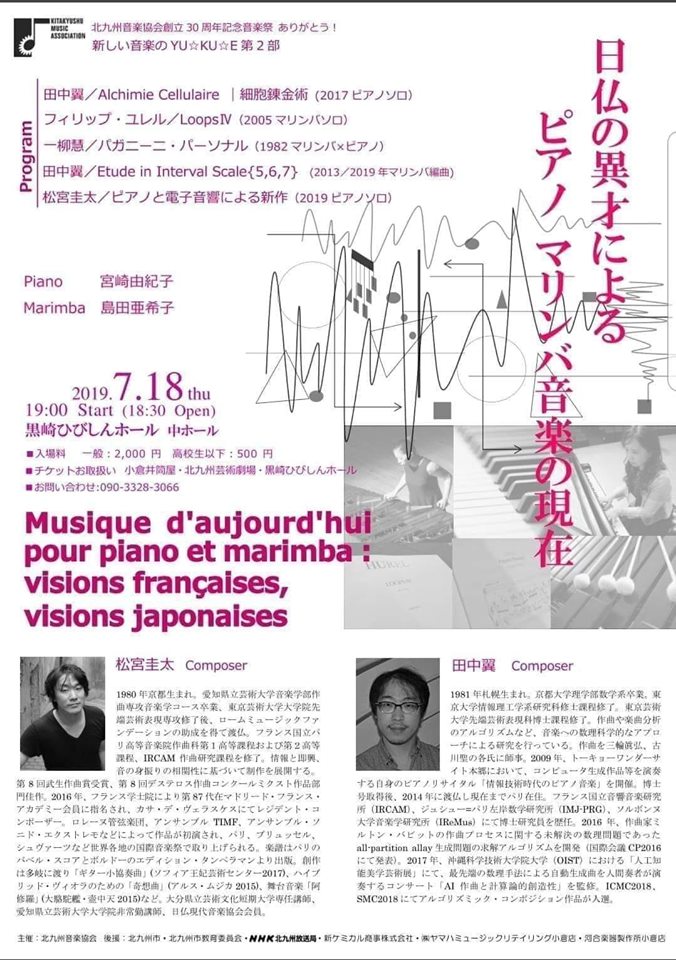 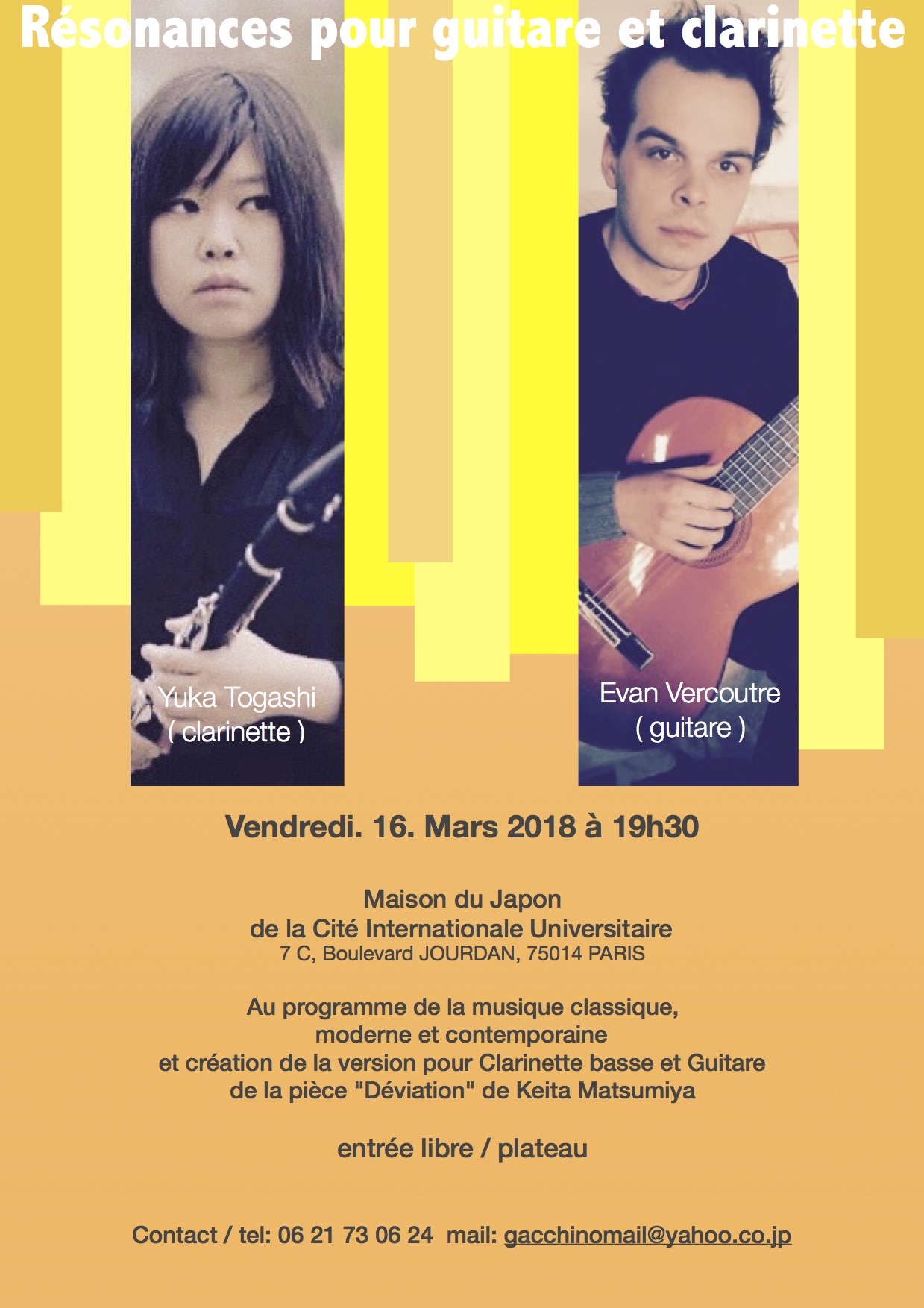 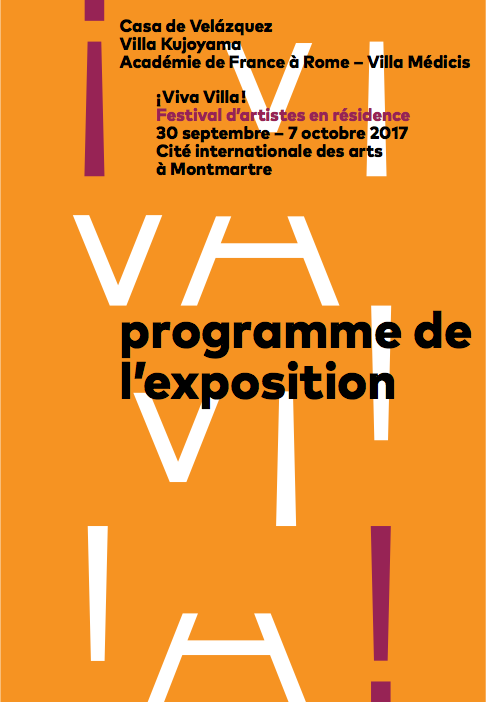 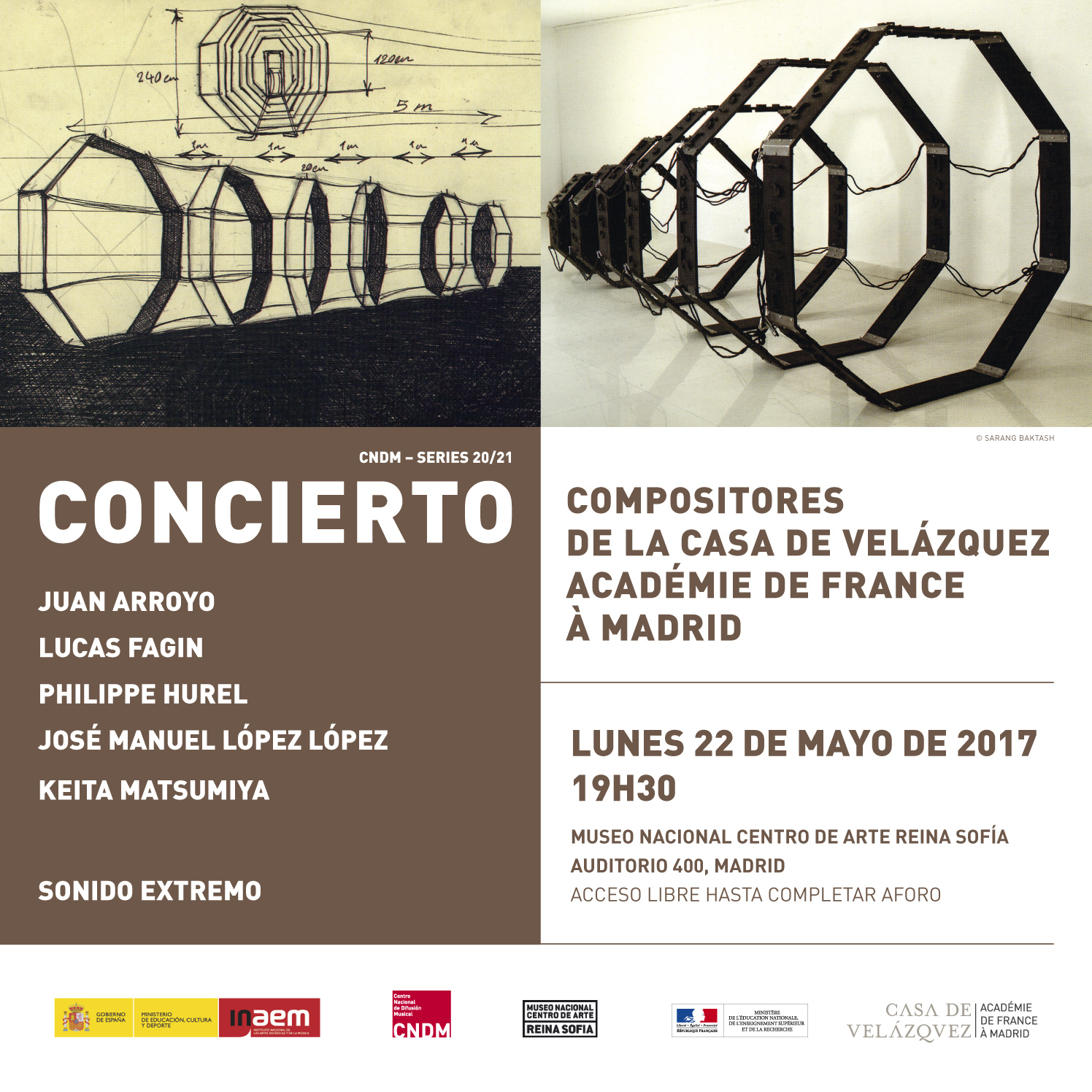 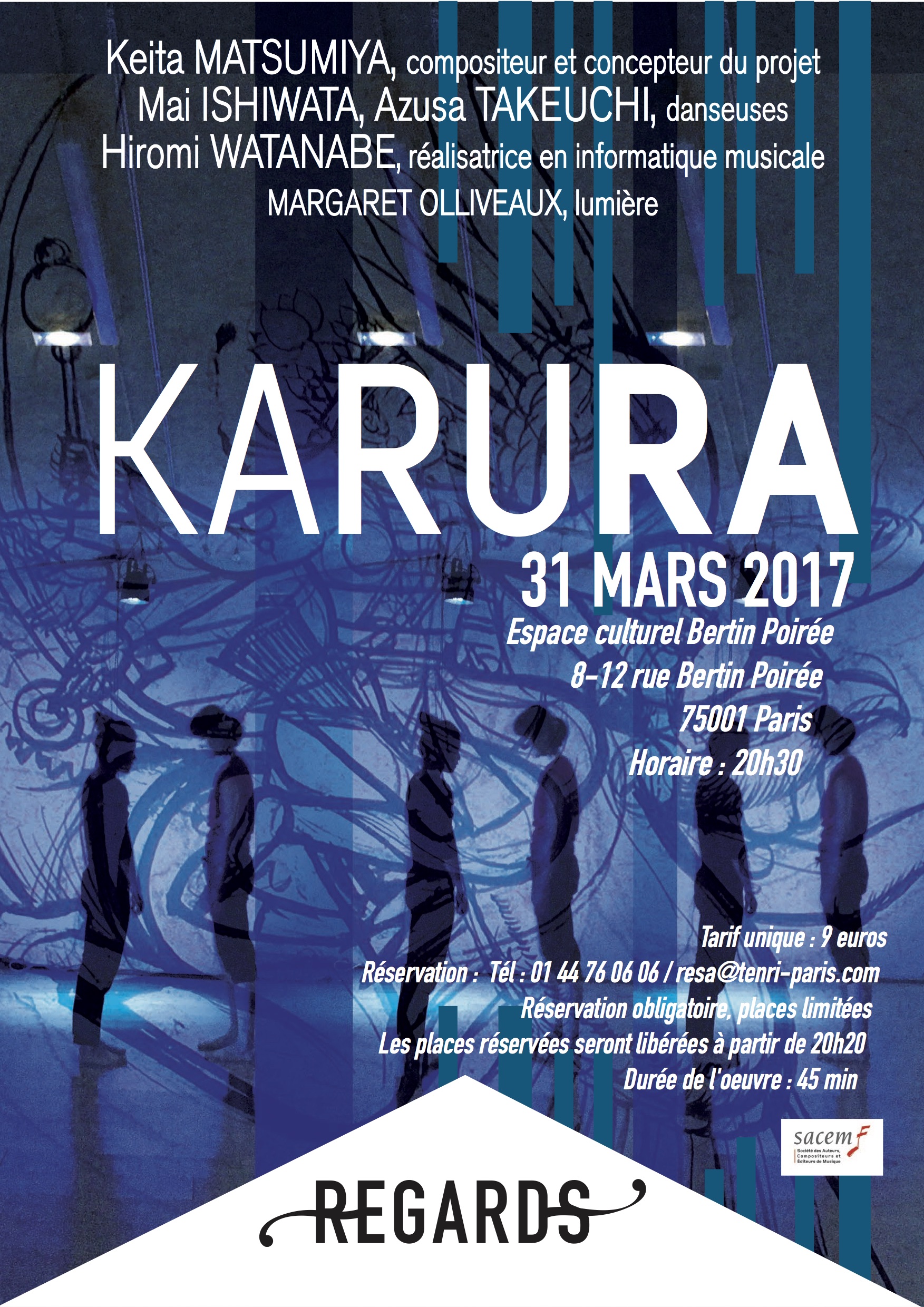 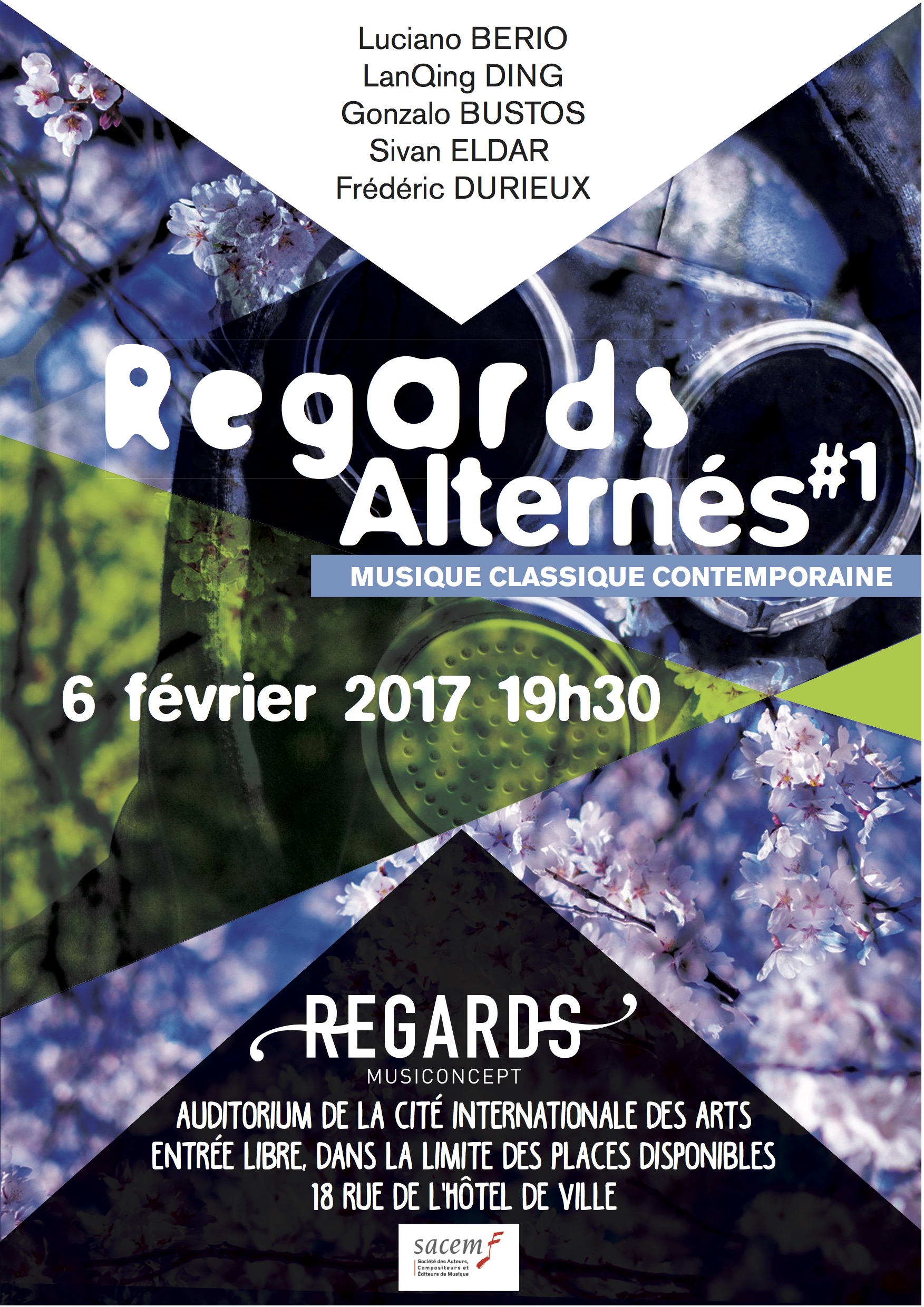 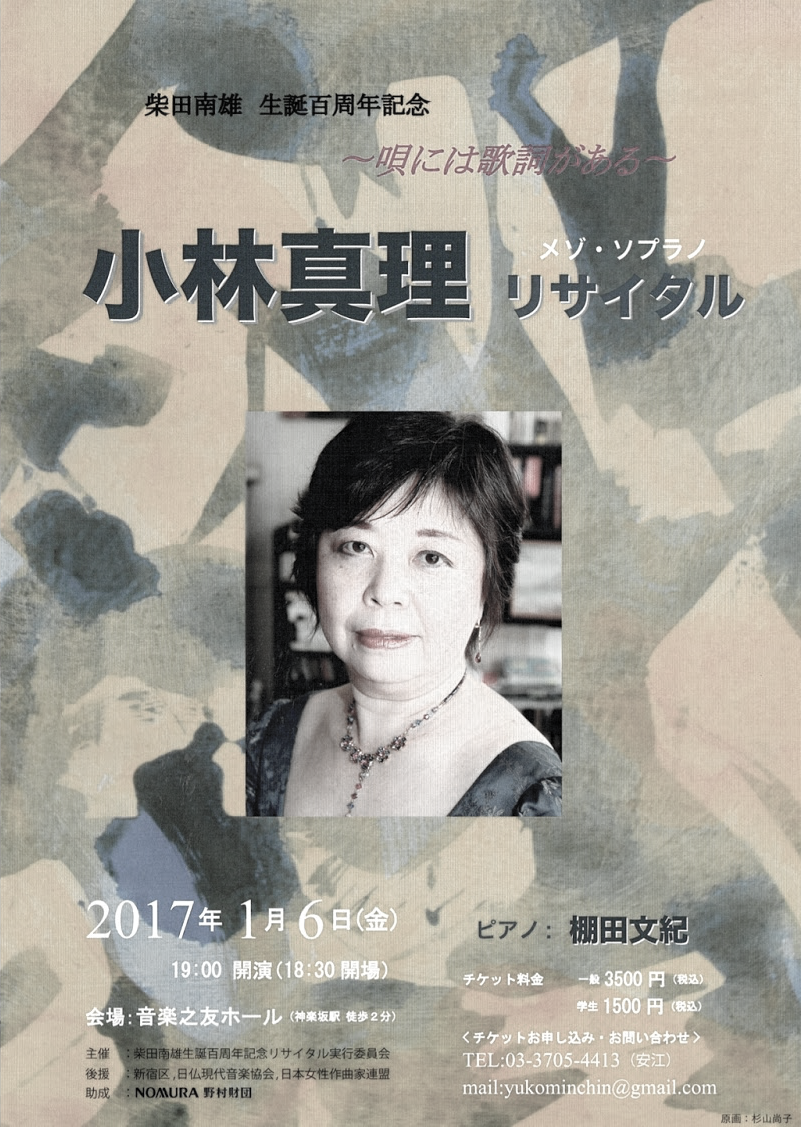 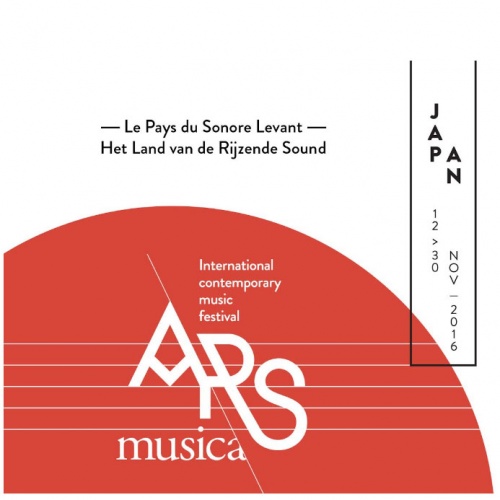 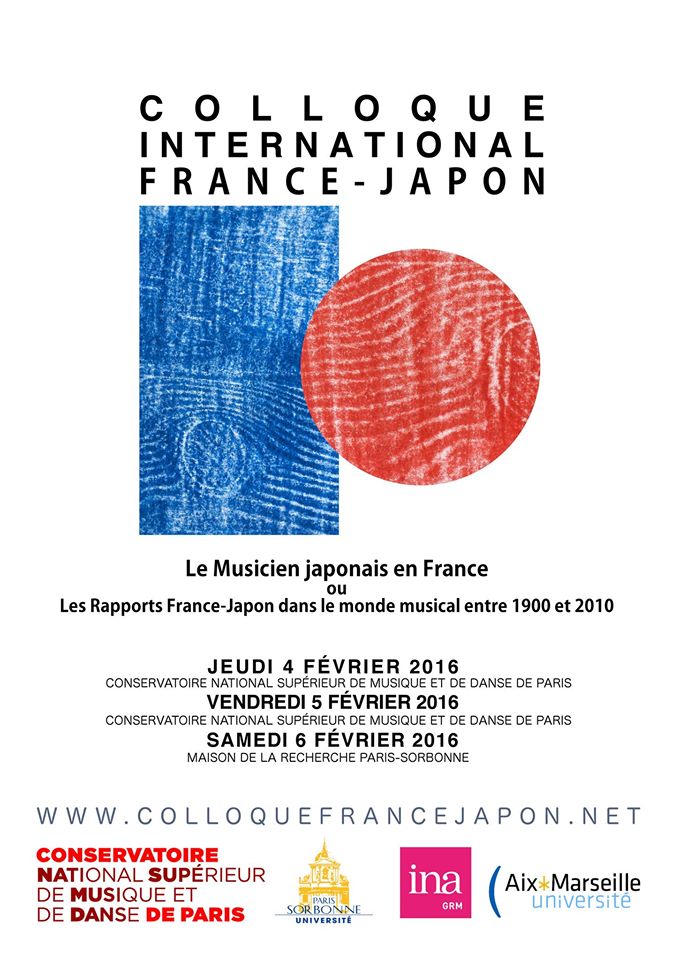 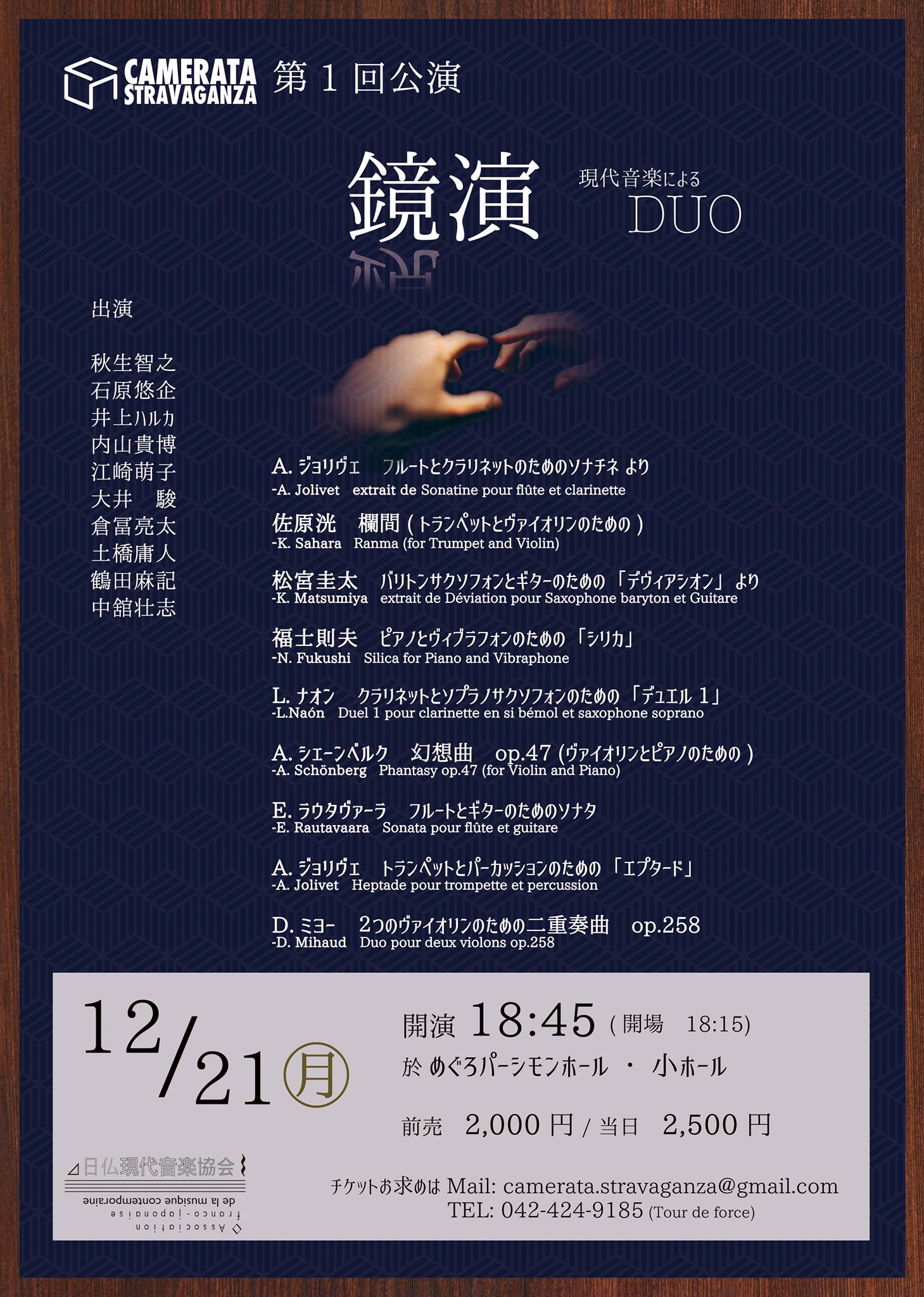 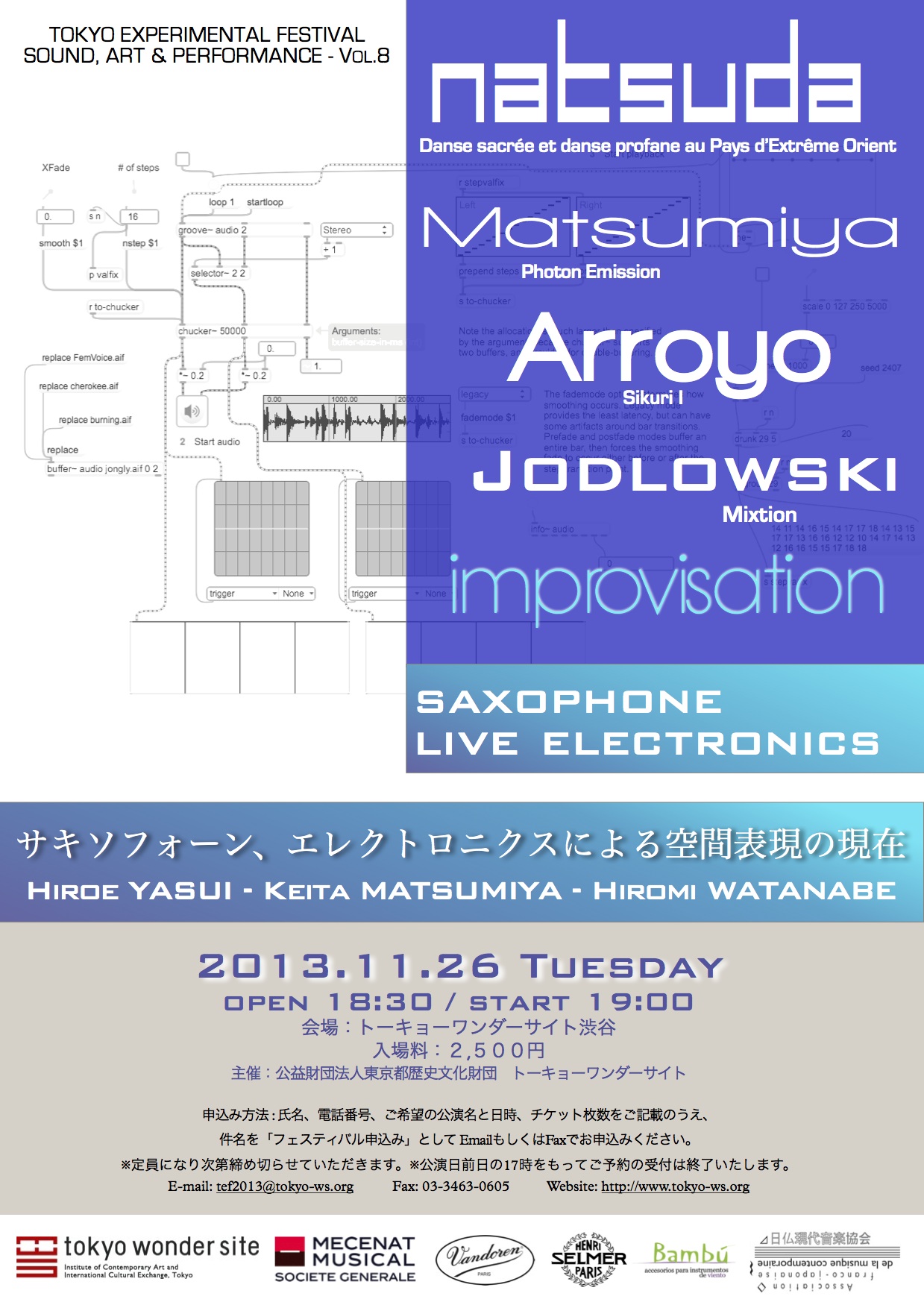 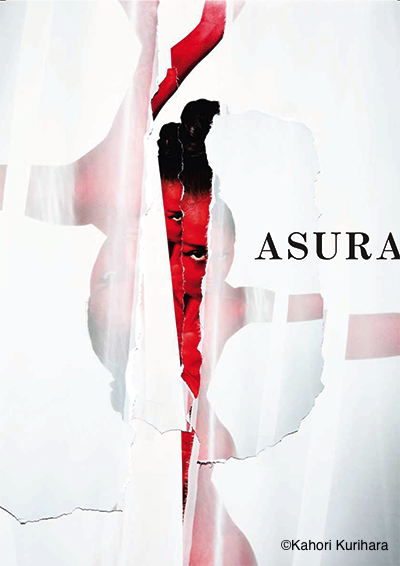 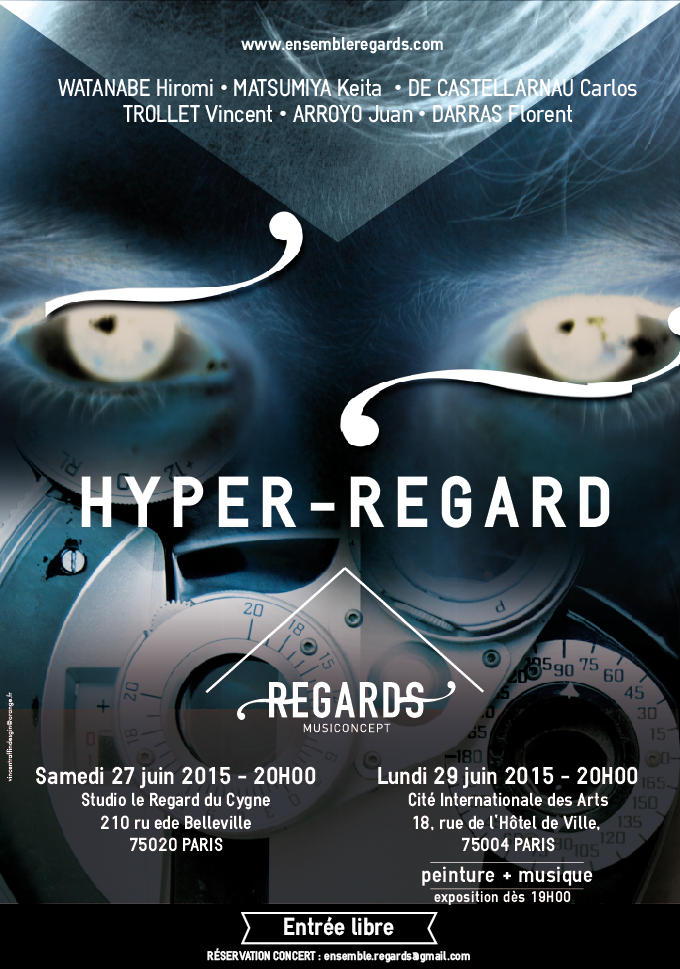 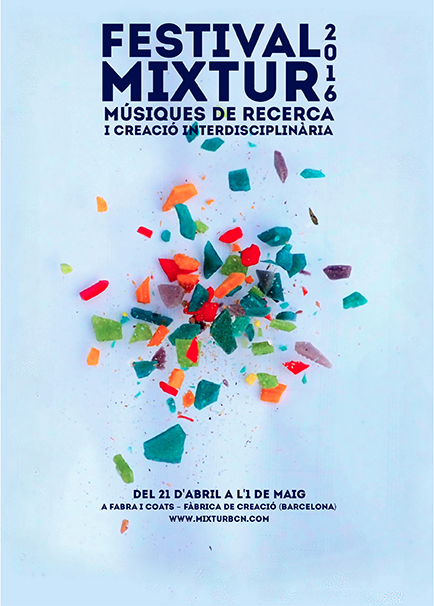 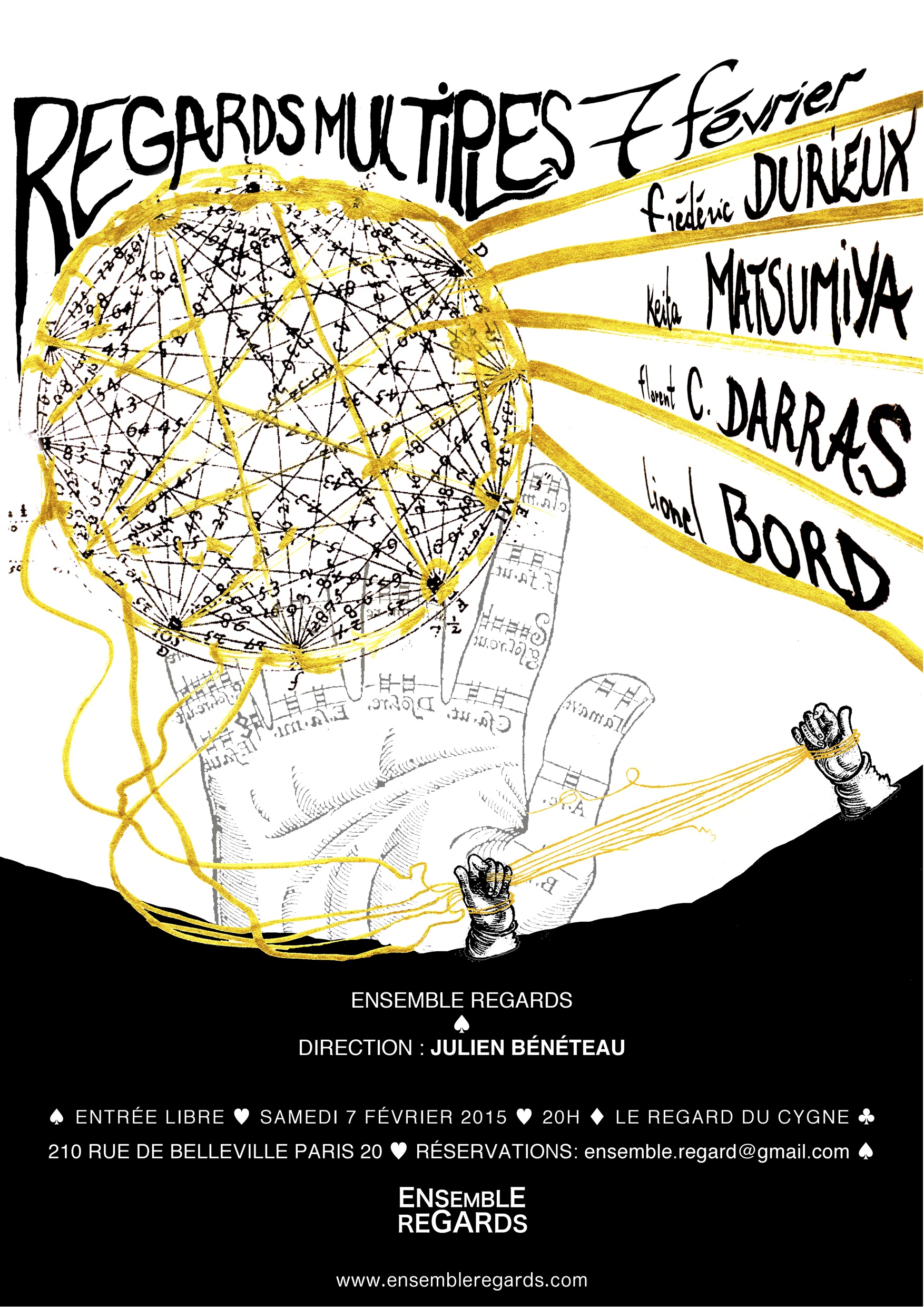 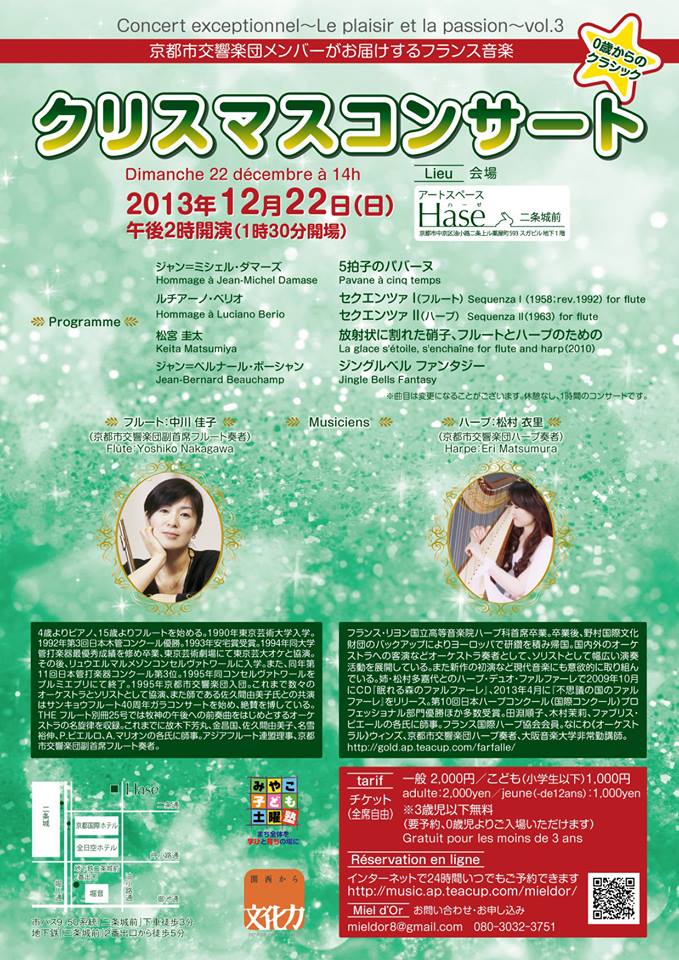 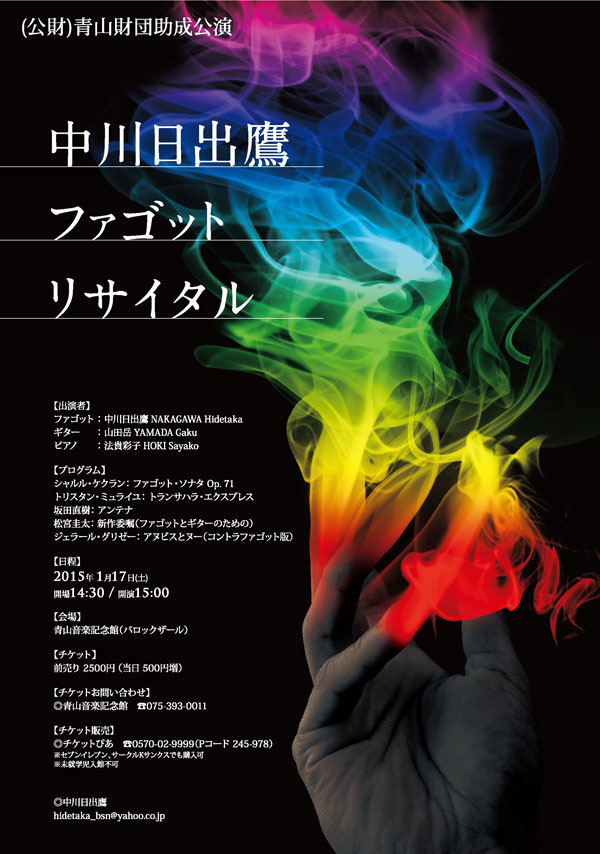 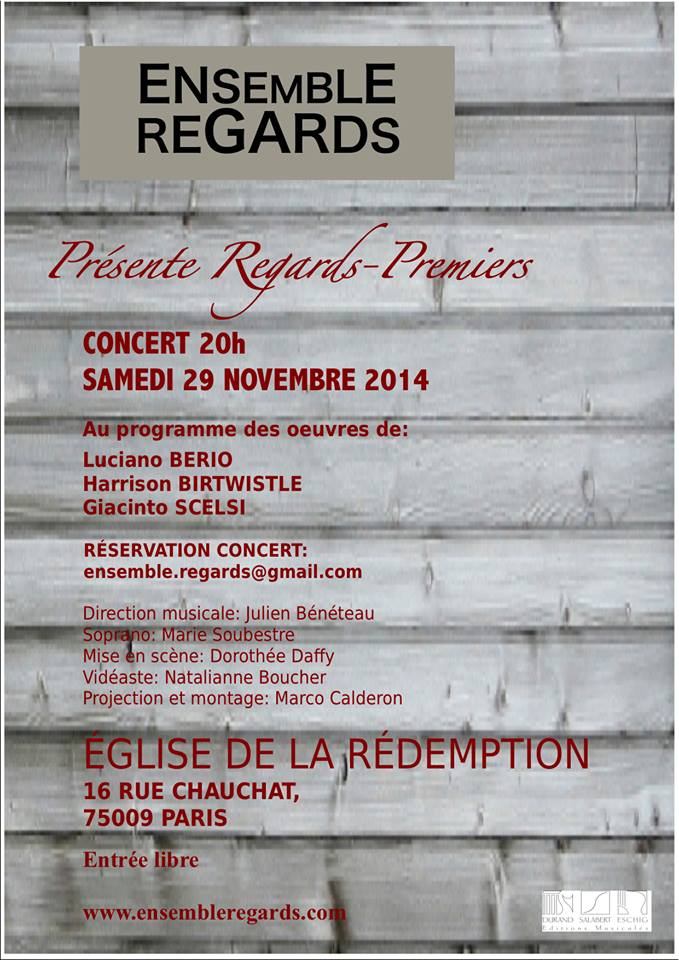